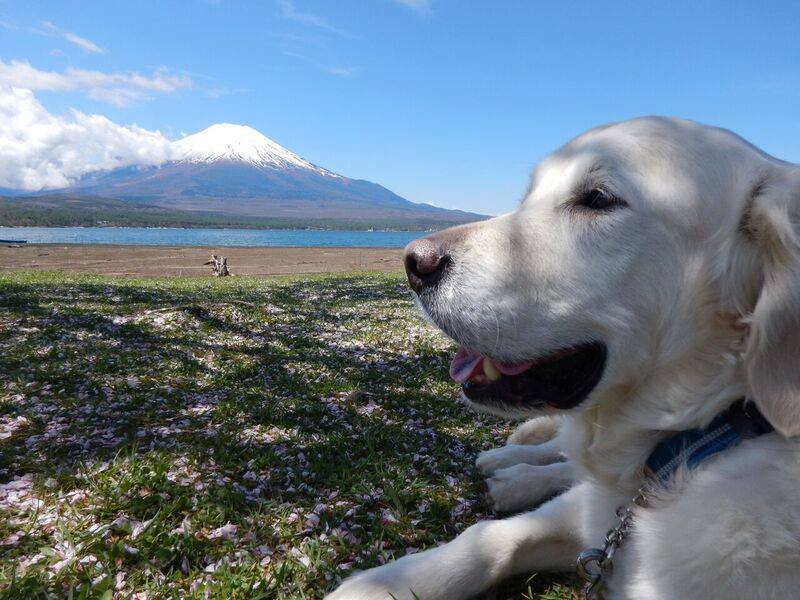 It’s been about 6 weeks since we said “Fare thee well!” to Bailey, the first Hospital Facility Dog in Japan.
I will leave it to others to remind you of the breadth and depth of the difference one dog (along with his handler, Yuko Morita) made to an entire country. Bailey became a bit of a rock-star in Japan –  with documentaries made about him, books written about him, appearances on the national news multiple times… but it was his gentle power of healing that inspired the song featured below. Thanks to Shine On! Kids’ co-founder Mark Ferris for his composition, friends Donna Burke and Bill Benfield for the performance, and Endigo for helping us put the video together. Enjoy, along with some other words of adoration from Bailey’s puppy raisers and trainers in Hawaii – as well as his “life partner” and handler, Yuko Morita. Enjoy!