Shine On! Kids Board Members 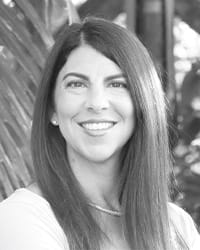 Kim founded Shine On! Kids (originally the Tyler Foundation) with her husband, Mark Ferris after their son, Tyler, died from complications of infant leukemia in 2006. From 1990, Kim worked in Tokyo as a professional voice-over artist, TV and radio announcer, and narrator for educational recordings. She graduated with a BA in mathematics and an MS in systems engineering from the University of Virginia. 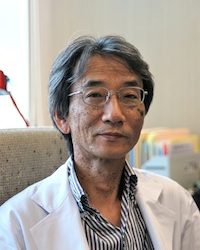 Dr. Hara joined the Shine On! Kids Board of Directors in 2008, where his experience and professional expertise has been very helpful in expanding our programming and outreach. He is currently the Vice President of the Children’s Medical Center, Osaka City General Hospital and clinical professor at Osaka University, School of Medicine. Dr. Hara received his degree from Osaka University, School of Medicine in 1980. His career in pediatrics began during his residency at Osaka University Hospital and continued at Osaka Kaisei Hospital, followed by Suita Municipal Hospital where he was chief of division. In 2005 Dr. Hara joined Osaka City General Hospital as chief of division for hematology/pediatric oncology. Dr. Hara holds several leadership positions in the medical community, including the: Japanese Society of Pediatric Oncology; Japanese Pediatric Brain Tumor Consortium (president); Japan Association of Childhood Leukemia Study; Japanese Society of Pediatric Hematology; Japan Society for Hematopoietic Cell Transplantation, and Japan Rhabdomyosarcoma Study Group (vice-chairman). 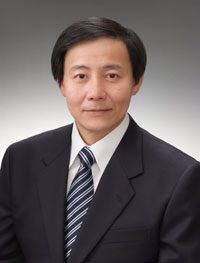 Dr. Kuroda graduated from Keio University, School of Medicine (pediatric surgery) in 1982. He was a fellow at Massachusetts General Hospital (US) in the Department of Pediatric Surgery in 1988 before returning to Japan and becoming an assistant at the Department of Surgery, Keio University in 1990. From 1992 to 2010 he held a number of senior positions in pediatric surgery at several top hospitals in Tokyo before becoming a professor at Keio University, his alma mater, in 2011. He is also an advising doctor, medical specialist and counselor of the Japanese Society of Pediatric Surgeons. 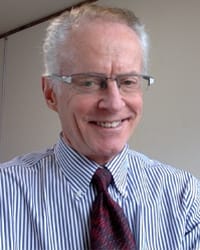 Phil Jones arrived in Japan in 1993 to do an internship for his MBA degree and has lived here ever since. Through the years, Phil has held executive positions in the logistics and M&A advisory services industries. In 2013, he began working as a lecturer at the Globis Graduate School of Business where he teaches courses on globalization, reorganization, and innovation. Phil began working with Shine On! Kids as a volunteer in 2014 and joined the Board of Directors in 2017. 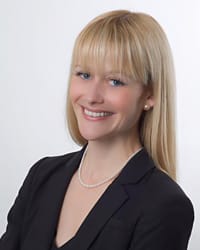 Heather McLeish is a director with the EY Japan Advisory team, helping clients to compete in a challenging market through advisory in the following areas: climate change, sustainability issues, digital innovation, change management, business improvement, and transformation. Heather is an Executive Board member of the British Chamber of Commerce in Japan, a Board Member of the Association for Women in Finance in Tokyo, and is a regular guest presenter on NHK’s Cool Japan. 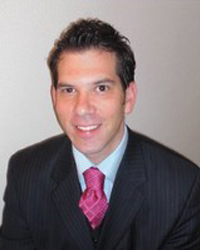 Randy is an experienced controller and CFO in several industries including health care, retail, automotive, manufacturing, high tech, and federal government. In 1994, he graduated from the US Air Force Academy and then became a US Air Force officer (attaining the rank of captain). He and his wife, Rasah—responsible for organizing some of our most bold, adventurous and successful galas—have been longtime supporters of Shine On! Kids. 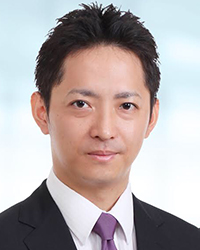 Yuji was registered as a certified public tax accountant in Japan in 2010. He has more than eight years of experience in advising domestic and outbound M&A for global companies and a comprehensive knowledge of accounting and international taxation.

In 2019, Shine On! Kids launched a special advisory board to look after the Hospital Facility Dog Training program here in Japan.

Dr. Kuze-Arata is secretary of the Japanese Veterinary Society of Animal Behavior, and is involved in the mental care of cats and dogs as a certified veterinary behaviorist in Japan.

Ryohei Nishimura, DVM, PhD is a professor at the University of Tokyo, Graduate School of Agricultural and Life Sciences Laboratory of Veterinary Surgery.

Dr. Nishimura assisted in revising the Act on Welfare and Management of Animals as a member of the Central Environment Council of the Ministry of the Environment.

Dr. Takayanagi contributed to the compilation of the 2002 law concerning Assistance Dogs for persons with physical disabilities as a member of the Japanese Health and Labor Sciences Research group.

Mariko Yamamoto, PhD is a lecturer at Teikyo University of Science, Department of Animal Sciences

Dr. Yamamoto has extensive knowledge of working dogs in the United States and Japan through her post-doctoral research at UC Davis.