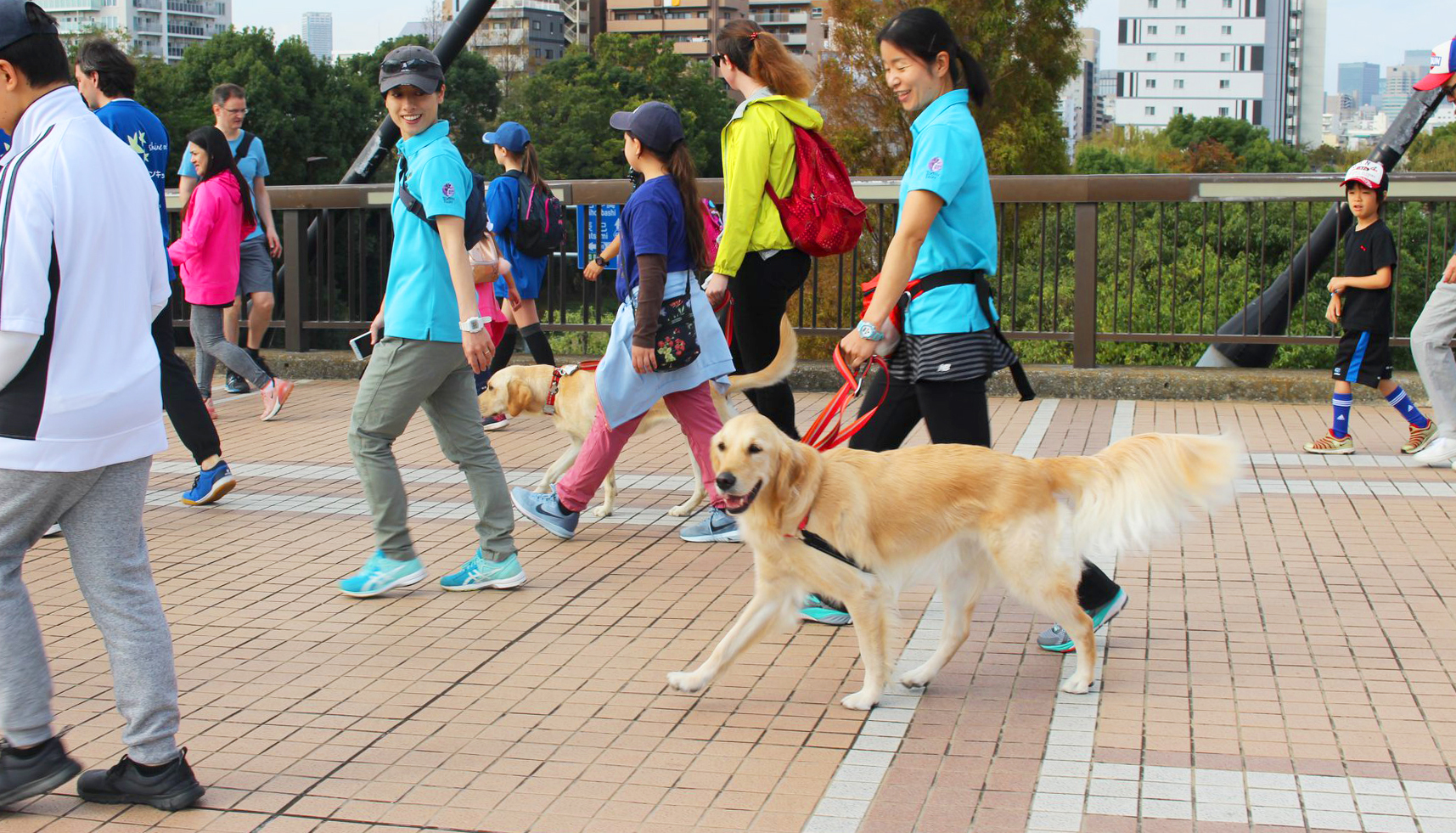 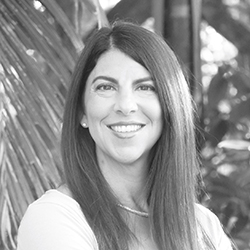 Kim founded Shine On! Kids (formerly the Tyler Foundation) with her husband, Mark Ferris, after their son, Tyler, died from complications of infant leukemia in 2006. From 1990, Kim worked in Tokyo as a professional voice over artist, TV and radio announcer, and a narrator for educational recordings. She graduated with BA in mathematics and a MS in systems engineering from the University of Virginia. 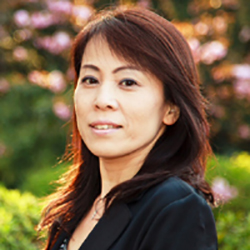 Miho joined Shine On! Kids in 2015 as the general manager. Her extensive media production background working with TV Tokyo, NHK, and Disney Channel has served Shine On! Kids well in both crafting and managing our multiple projects, programs, PR and communications events. Prior to joining full time, she produced several charity events for Shine On! Kids and the American School in Japan over the years. She graduated from Senshu University in 1991. 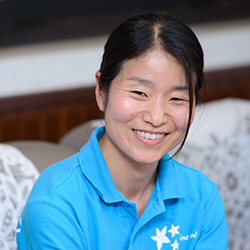 Yuko joined Shine On! Kids as our first Hospital Facility Dog nurse handler in 2009. She began working with Bailey, but after his retirement in 2019 was assigned to Kanagawa Children’s Medical Center where she currently works as the nurse handler for Annie. Prior to joining Shine On! Kids, Yuko was a nurse at the National Center for Child Health and Development in Tokyo. In 2004, she graduated from Shizuoka University with a degree in nursing. 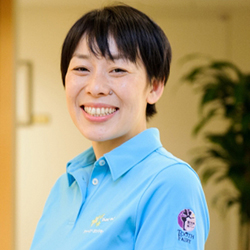 Mayuko first learned of Shine On! Kids’ Hospital Facility Dog Program through Yuko Morita when they were colleagues at a children’s hospital. She joined Shine On! Kids in 2019 as the Hospital Facility Dog nurse handler for Ivy at Tokyo Metropolitan Children’s Medical Center. She joins us with over 16 years’ clinical experience and graduated from National Sagamihara Hospital Nursing School in 2001. 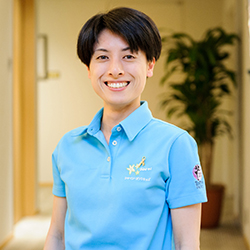 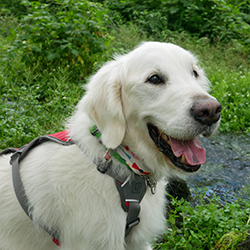 Bailey was born in Australia on December 14, 2007, and received his Facility Dog training at Assistance Dogs of Hawaii. After graduating in 2010, he arrived in Tokyo to become Japan’s first full-time Hospital Facility Dog along with his nurse handler Yuko Morita at Shizuoka Children’s Hospital, then at Kanagawa Children’s Medical Center. After eight years of amazing service, Bailey retired from his post. He enjoyed his golden years playing with his friends, eating his favorite foods and setting an example for his predecessors.

Bailey left us on October 1st, 2020 after living a wonderful, adventurous life, full of love and giving. Bailey changed hospital life for thousands of children, family members and medical staff and helped Shine On! Kids lay the foundation for one of the biggest changes to psycho-social care in pediatric hospitals in Japan. Thank you, Bailey! 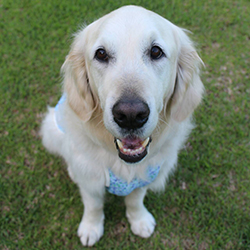 Yogi was born in Australia on June 18, 2011. At two months old, he went to Assistance Dogs of Hawaii where he received specialized training until he was one year old. After graduating, he came to Japan and became the second Hospital Facility Dog for Shine On! Kids. Yogi is currently based at Shizuoka Children’s Hospital with his nurse handler Keiko Suzuki. 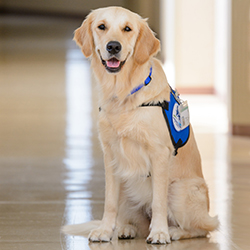 Annie was born in Australia on March 27, 2016. She began her year-long training at Assistance Dogs of Hawaii when she was two months old. She arrived in Japan in 2017 as the third Hospital Facility Dog to begin working at Kanagawa Children’s Medical Center with her nurse handler Yuko Morita. 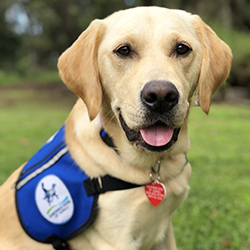 Ivy was born in California on January 22, 2017. At two months old she began training at Assistance Dogs Northwest (Seattle, Washington) and after graduation transitioned to Assistance Dogs of Hawaii where she continued her training to become a Hospital Facility Dog. Ivy now works at Tokyo Metropolitan Children’s Medical Center—the third hospital in Japan to adopt Shine On! Kids’ Facility Dog Program and also the very first in Tokyo—with her nurse handler Mayuko Ohashi. Although relatively new to the role, Ivy takes her work as a Hospital Facility Dog seriously and she works very hard! 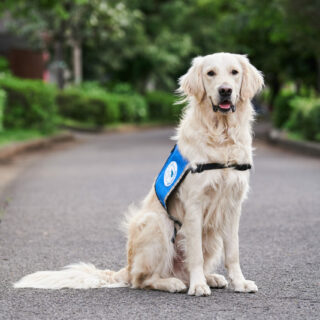 Ty was born on February 23, 2019, and arrived in Japan a few months later from Career Dogs Australia to begin training to become a Hospital Facility Dog with Shine On! Kids.

Shine On! Kids Co-founder Kim Forsythe’s late son—and inspiration for the organization—was named Tyler and therefore Ty was named in his honor. 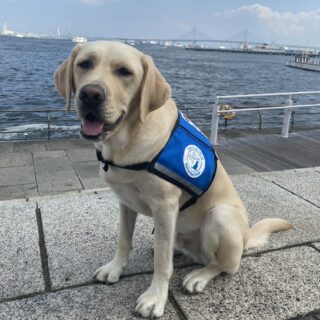 Masa was born on March 7, 2019, and arrived in Japan a few months later to begin his training.

He started working at the National Center for Child Health and Development in July 2021. Shine On! Kids was so excited to finally place a Facility Dog in the hospital where Tyler spent his life undergoing cancer treatment.

Masa was named after the late Dr. Masaki Kumagai, who was not only Shine On! Kids’ biggest supporter, but also Tyler Ferris’s pediatric oncologist during his treatment.

Both Ty and Masa’s temperament and health were evaluated from an early age and they were carefully selected for indications of talent and competency to become Hospital Facility Dogs.