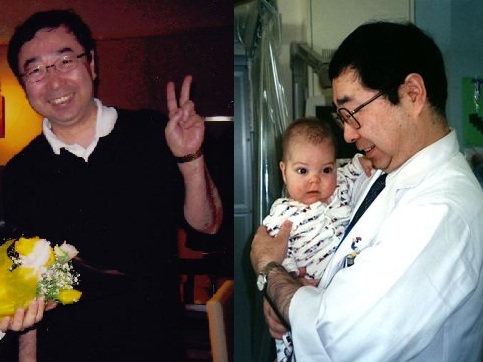 Dr. Masaaki Kumagai was not only one of Japan’s most prominent pediatric oncologists, but he also provided the impetus for the creation of the Tyler Foundation (now Shine On! Kids) and supported it closely over its initial six years.

It was because of Dr. Kumagai’s belief in the mission of the Tyler Foundation and its activities that we were able to launch our first program, the Shine On! Counseling and Support Program, at the National Center for Child Health and Development in 2006. As a key board member, Dr. Kumagai always provided sage and insightful guidance on the implementation of our programs and on the future direction of our organization.

Dr. Kumagai graduated from Keio University School of Medicine in 1982, and then became a resident at the National Children’s Medical Center in the Hematology Division. He worked as a research fellow at St. Jude Children’s Research Hospital in the United States from 1993 to 1995, and was the Chief of the Division of Solid Tumor Oncology at the National Center for Child Health and Development from 2008 until his passing. Tyler was very fortunate to have Dr. Kumagai as his doctor from 2003 to 2005.

We are grateful for the precious moments Dr. Kumagai shared with us and are left with great respect for his achievements. In acknowledgment of Dr. Kumagai’s nationwide clinical study for neuroblastoma, the most common type of solid tumor childhood cancer, the resulting treatment regimen will be called the Kumagai protocol. May he rest in peace.