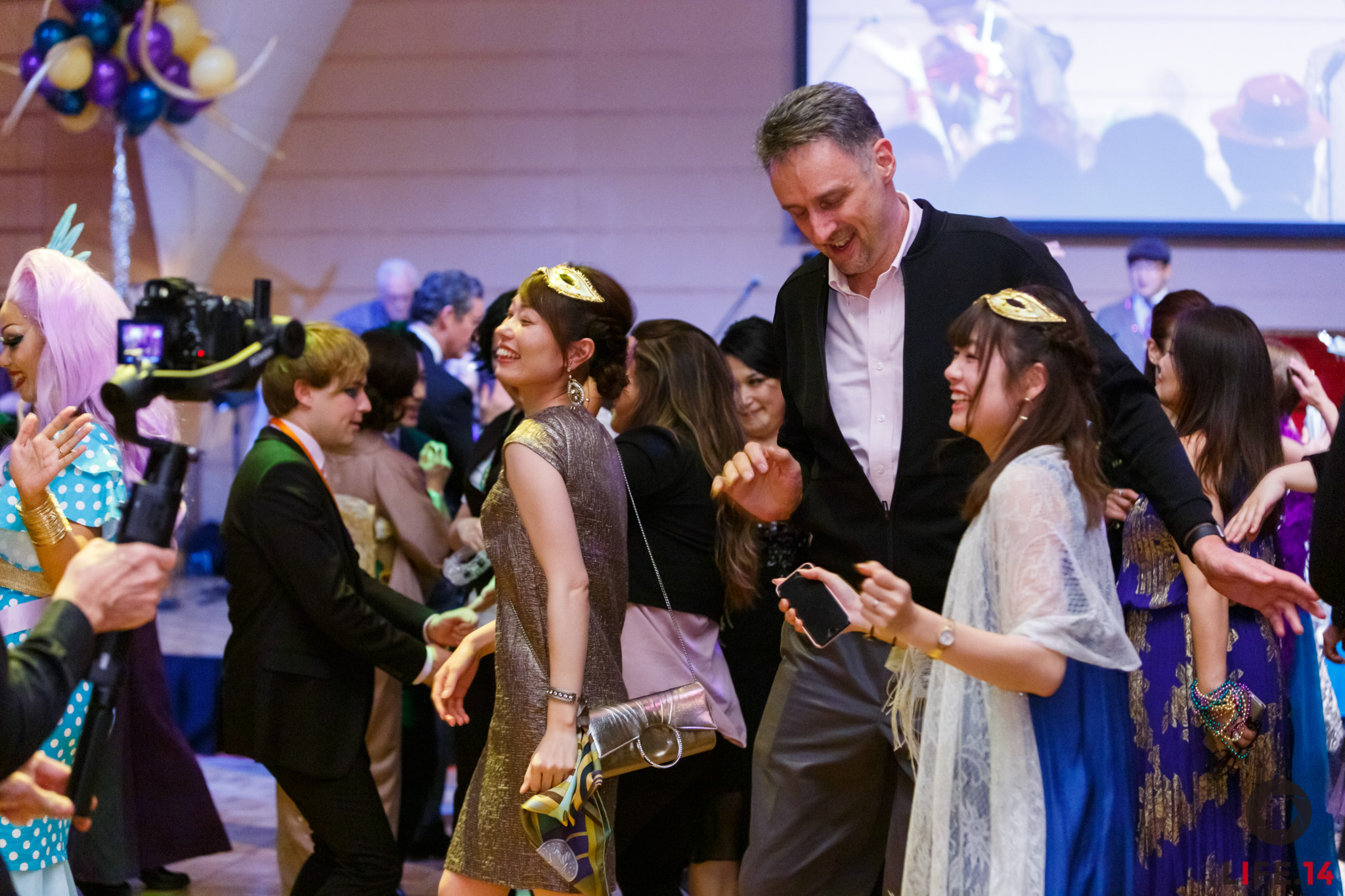 The Tyler Foundation and Shine On! Kids have a history of hosting some of the most inspiring and value-added fundraising and awareness-raising events in Tokyo!

Here’s a walk back through time…

Celebrating Japan hosting the Rugby World Cup 2019, Shine On! Kids’ seasoned MC, Justin Sampson,  welcomed rugby greats John Kirwan, David Campese, Joel Stransky, Andy Gomarsall, Emile Ntamak and Takuro Miuchi to get everyone psyched for the finals! Even our Japanese patients and families got into the rugby mania during the evening!  Listen to our guests give their RWC predictions:

With a jazz theme, our Camp Courage for Survivors kids took center stage to sing their homegrown blues-y song.

In the year of Shine On! Kids’ 10th Anniversary, it was fitting to have the theme Cool Japan to celebrate the passion we have for all things Japanese. As always, it was our amazing program participants who were the coolest stars of the evening.

2015 Extravaganza in the Emerald City

The magic of the Land of OZ inspired entertainment and fancy dress for this gala, but even ruby slippers couldn’t overshadow the power our Beads of Courage and Hospital Facility Dog participants held over the audience that night!

Who doesn’t feel great in a Hawaiian shirt or sundress? In this year’s gala recap video, it’s great to hear the voices of our supporters and volunteers!

A glittering evening at the Tokyo American Club had guests enjoying non-stop entertainment, casino games and a special guest from the US, Jean Gribbon, founder of Beads of Courage® .

Carnival games and fun galore including pie throwing, stilts and unicycles set the tone for this dazzling evening at the Grand Hyatt Tokyo.

Celebrating the launch of the CD Shine On! Songs, this white shining evening was about the positive power of music – lifting up both the patients and families we support in hospital but also the children and families affected by the 2011 Tohoku earthquake earlier in the year.

An evening of boot-stomping and line dancing fun, this was also the event where we introduced our first Hospital Facility Dog, Bailey, who started work earlier in 2010 at Shizuoka Children’s Hospital.

Gaming galore and fabulous Vegas-style entertainment were the backdrop to our fourth gala.  We announced the opening of the Shine On! House earlier in the year as well as our plans to launch our first Hospital Facility Dog. Lyricist Tim Rice joined us again to celebrate, and we showcased a song written by Sir Tim and composer Alan Menken for Shine On! Kids that would eventually be featured on the Shine On! Songs CD.

Music, murder and mystery! Director Rachel Walzer and Tokyo’s premier international actors pulled out all stops to bring down the house! And guests were treated to some of the best food for 350 ever seen in Tokyo thanks to an amazing collaboration of Stephane Gaborieau, Luke Mangan, Freddy Schmidt and the Tokyo Hilton.

This was a two-part week of fundraising with a Japanese matsuri-themed gala featuring games and famous guests galore. To name drop a bit we welcomed:

This was part of the Entertainment Extravaganza event theme of 2007. Just like the TV show – but in Tokyo and raising money for The Tyler Foundation (now Shine On! Kids) – MC Lisle Wilkerson, kept the evening moving while celebrity judges Sir Tim Rice, Kamasami Kong, and the lovely Brenda Vaughn were there to make the final decision after the audience narrowed down the group of talented contestants!

And check out Tim Rice jumping up on stage to sing “Satisfaction”!

This is where is alllllll started.  Just a humble idea to gather a bunch of cricket and rugby legends from around the world, host an inaugural gala fundraising dinner, cricket match and golf day – and raise funds to kickstart the Tyler Foundation into action! Let’s just say kickstart was an understatement!

First, our legends arrived at the airport. They had a tour of Tokyo to acclimatize themselves to their surroundings. We had the Celebrity Gala Dinner at the Grand Hyatt Tokyo. The next morning, everyone miraculously got themselves on a bus for the Celebrity Golf Day. Along the way, we had some commentary from Pat Symcox telling us about his foursome. And, Joel Stransky did a little bit of land swimming. We extended a huge thanks to Kapil Dev, Pat Symcox and Joel Stransky who took the time to visit the National Center for Child Health and Development, Tyler’s hospital in Setagaya-ku, Tokyo. Tyler’s doctor, the late Masaaki Kumagai gave them a tour.

The rain didn’t stop our Celebrity Cricket Match – surely the genki Miss Universe Japan, Kurara Chibana helped to make the day even more enjoyable. We also interviewed our celebrities on a variety of titillating sport topics.

Since 2017, Shine On! Kids has taken on the responsibility of managing Executive Fight Night, a highly anticipated annual event here in Tokyo, in collaboration with Club 360 and Empire Entertainment. Tokyo-based executives endure 12 weeks of intense boxing training in order to go toe-to-toe in front of over 480 cheering fans in a Vegas-style boxing event. Proceeds from the annual soiree go towards Shine On! Kids Hospital Facility Dog Program.

For videos of all the action, check out the Executive Fight Night YouTube channel. See below for photos from the glamorous evening.